captainphilips (43) in wildlife •  2 months ago 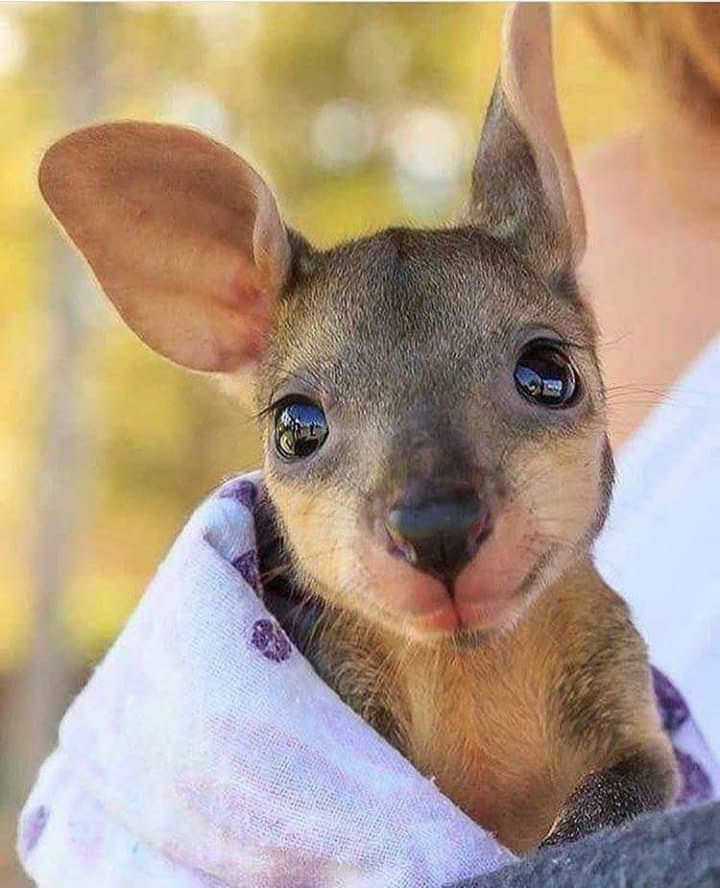 A Joey is a toddler Kangaroo in simple words. The word, 'kangaroo' which was derived from a a misunderstanding of language and the name got stuck. Here is the myth behind the name below;

The name was first recorded as "Kangooroo or Kanguru" on 4 August 1770, by Lieutenant (later Captain) James Cook on the banks of the Endeavour River at the site of modern Cooktown, when HM Bark Endeavour was beached for almost seven weeks to repair damage sustained on the Great Barrier Reef. They asked a nearby local what the creatures were called. The local responded "Kangaroo", meaning "I don't understand you", which Cook took to be the name of the creature.

Over 47 different types (species) of Kangaroo exists, both large and tiny ones. The smaller ones are usually called Wallabies, and the biggest, the Red Kangaroo. It weighs 85Kg or more and taller in height than humans, hence they are the largest marsupial in existence. An adult male kangaroo is referred to as boomer or buck, while an adult female kangaroo is known as a flyer amongst other names. They are classified "Macropodidae" meaning they posses large foot.

As an emblem, the Australian coat of arms features the Emu and the Kangaroo, these two animals were selected as symbols of Australia to represent the country progress and not backwardness.

Often times, Kangaroos have one joey annually, these are born at a very immature stage when it is only about 2 cm long and weighs less than a gram. Shortly after birth, the joey crawls up the mother's body and enters the pouch and attaches its mouth to one of four teats, which then enlarges to hold the young animal in place. Some week later, the joey becomes stronger and more active, it then spends more time outside the mothers pouch. The baby Roo then leaves the pouch completely between 7 and 10 months old.

Kangaroos are super FAST! They move by hopping on their powerful hind legs. It uses its thick long tail to balance its body while hopping and throwing kicks. A kangaroo can hop at up to 60kmh (40mph). It can also leap over 3feet tall obstacles. They feed on grass and shoots and if threatened could knock a fully grown Buck or a man over their powerful kicks.

wildlife nature animals brs-africa facts
2 months ago by captainphilips (43)
2,954.95 COINS
Reply 0
Authors get paid when people like you upvote their post.If you enjoyed what you read here, create your account today and start earning FREE BEARS!