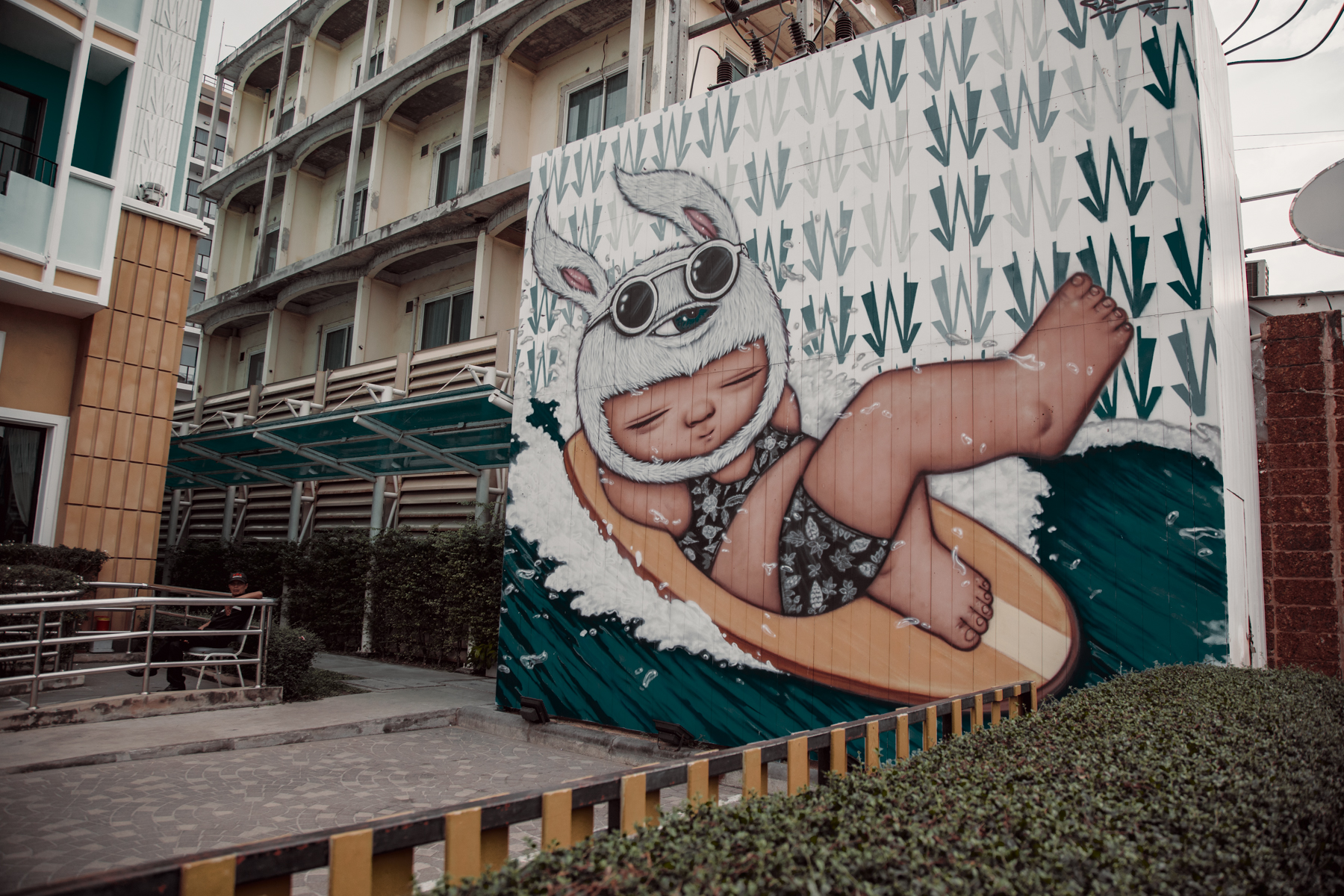 Pattaya had some pretty fun things going on while we were there. The atmosphere was a lot more laid back than it was in the city when we were in Bangkok. While we were in Bangkok, it seemed like a lot of people were rushing around from one place to the next, but in Pattaya, people seemed fine just moving at a more relaxed and chill pace. Food and drinks were still everywhere, and if you wanted to get yourself a tea, this lady had herself a mobile tea party station with all of the fixins.

One thing that was different about Pattaya and Bangkok is that there were a lot more bars there in Pattaya. At least where we were. And no matter what time of day it was, people were sitting in sipping on some beers and chatting with their friends. The normal areas of Pattaya around the beaches weren't the "party" areas where people would get drunk and act crazy, I am sure that was all done on Walking Street at night, but people did tend to consume their fair share of alcohol there. I did find this little statue of Ronald McDonald doing the Thai Wai, or greeting, pretty cool. When you greet someone in the Thai culture, you do a slight bow and press your hands together in a prayer like fashion.

The one thing I found comical about this image is that it is all Westerners that are headed into the McDonalds to eat that fast food when there was so much amazing Thai food all around them that they could have been eating.

Well, I hope you enjoyed some of my street photography shots from Thailand. I am going to be sharing more of them in the future, so stay tuned and stay awesome.

photography art life blog derangedphotography
15 days ago by deranged-visions (30)
4,591.48 COINS
14 votes
Reply 0
Authors get paid when people like you upvote their post.If you enjoyed what you read here, create your account today and start earning FREE BEARS!