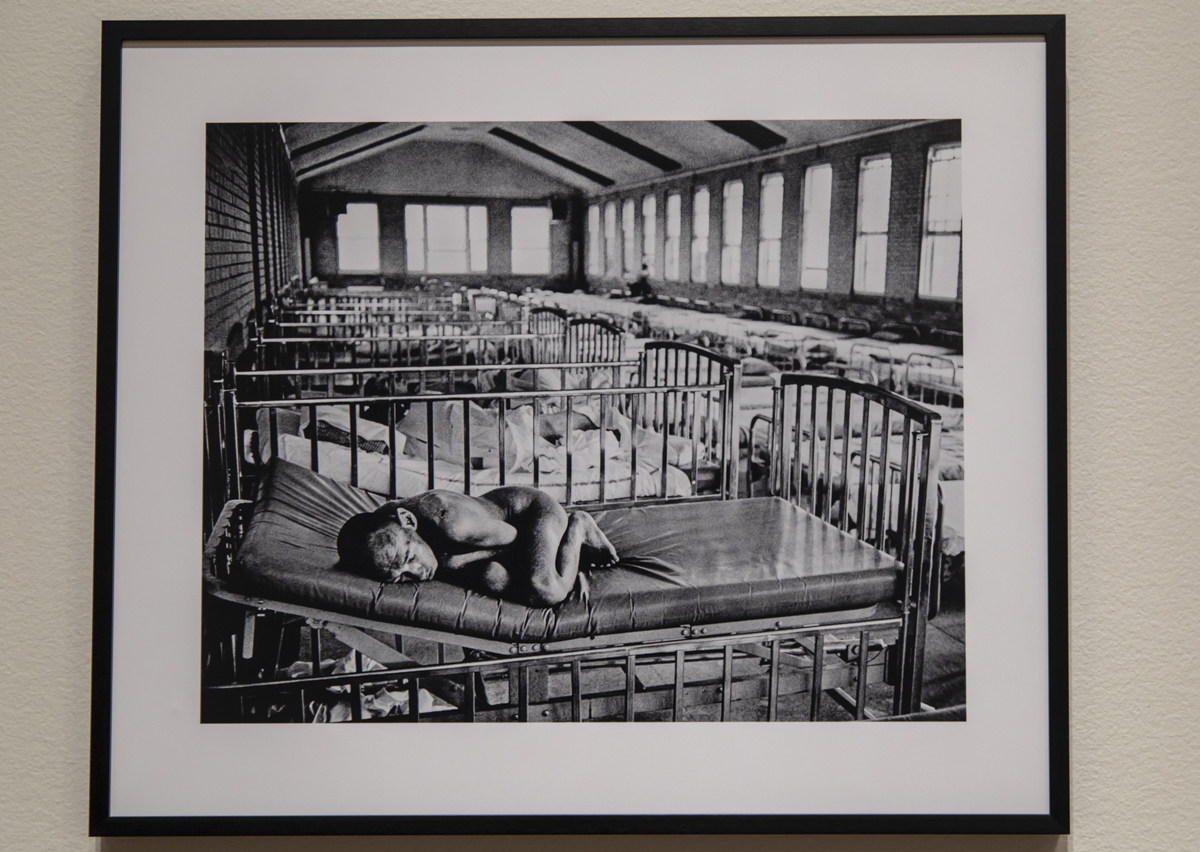 Sometimes a picture is worth more than 1,000 words

A while ago I visited the Brigham Young University's Museum of Art where they the Pulitzer Prize Photographs exhibit being showcased. I was able to see and photograph some of the most iconic photographs that have been taken throughout history. They are photos that have changed the world.

Some of the photographs in this post are graphic and some may find disturbing or haunting to look at, but it is important to remember that some of these images have brought change with what they show. The acts or events in the images happened and without some of the images, news of those events would not have spread and nothing would have been able to change in the area of the world where it was taken.

The first image was taken by Jack Dykinga between July 26th - 29th, 1970, while he was a photographer for the Chicago Sun-Times. He was documenting conditions at the Lincoln and Dixon State Schools in Illinois for the Mentally Retarded.

For the first hour and a half, I didn't take any pictures at all, I just watched. I was overwhelmed by the horror of it.

Hundreds of patients were crammed inside of the buildings where they were naked, neglected and covered in their own excrement. Some of them where tied to chairs to be restrained, while others were heavily sedated. This was due to the facilities being severely understaffed, where one single aide was usually in charge of trying to care for more than 100 patients at once.

Dykinga photographed the lying alone and naked in the fetal position.

He looks like a baby. In reality he's probably in his 30s. It just had this extreme sense of loneliness

After Dkyinga's photos and the story was published, public outcry over the conditions led to changes. More staff was hired and new buildings were built to ease the overcrowding issues. 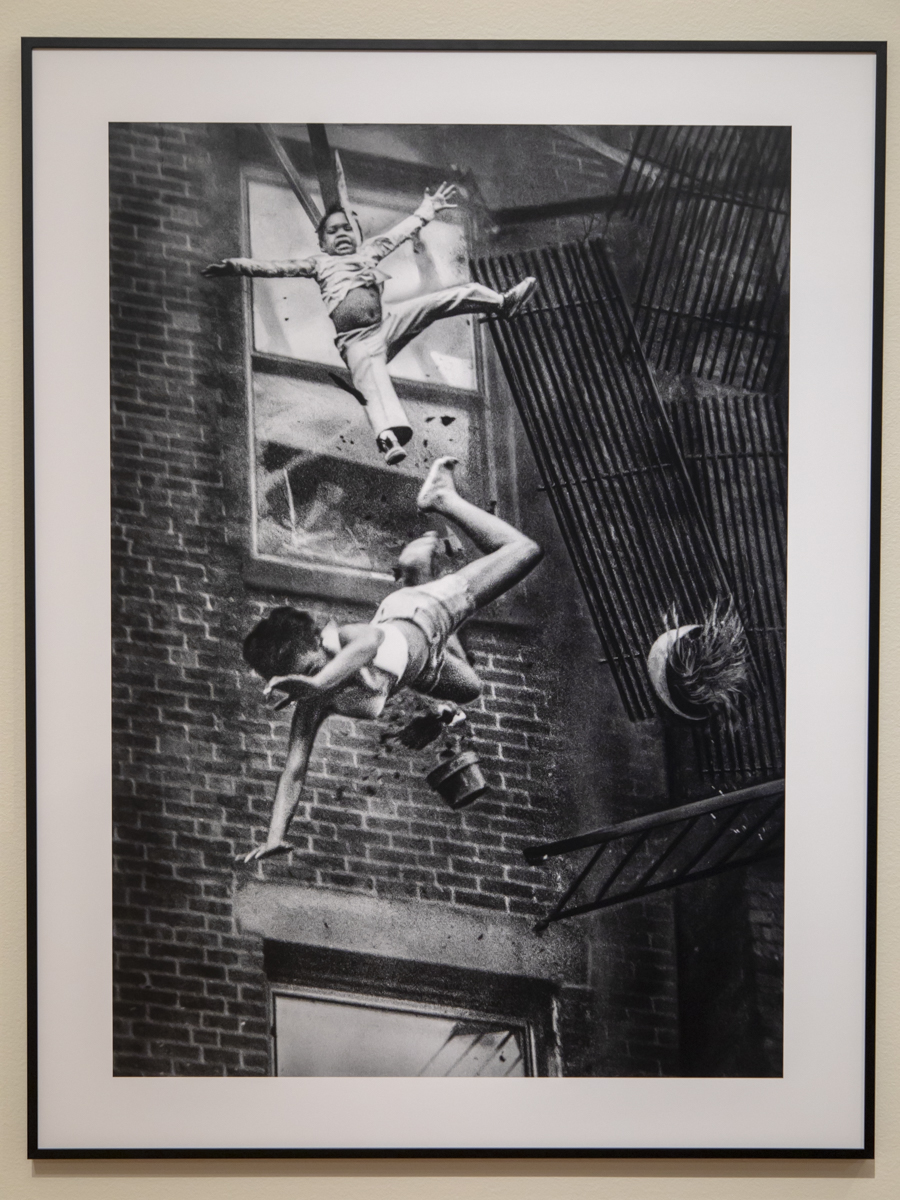 Stanly J. Foreman was a photographer for the Boston Herald American. On July 22, 1975, he heard reports of a building fire and in the report it stated that there were people trapped inside of the burning apartment complex.

When Foreman got to the building he saw what he described as a "roaring inferno." On the fire escape balcony on the fifth story, Foreman saw a woman and a child trapped. He positioned himself to take pictures of the rescue as the firefighters were raising a ladder up towards them.

Suddenly someone screamed ... or maybe it was a shriek of the metal as the fire escape balcony gave way.

As the balcony pulled away from the building, the woman and the child began to fall from the fifth story balcony towards the ground.

I turned around because I didn't want to see them hit.

The woman was 19 and died on impact. The two year old was her goddaughter and survived the fall. 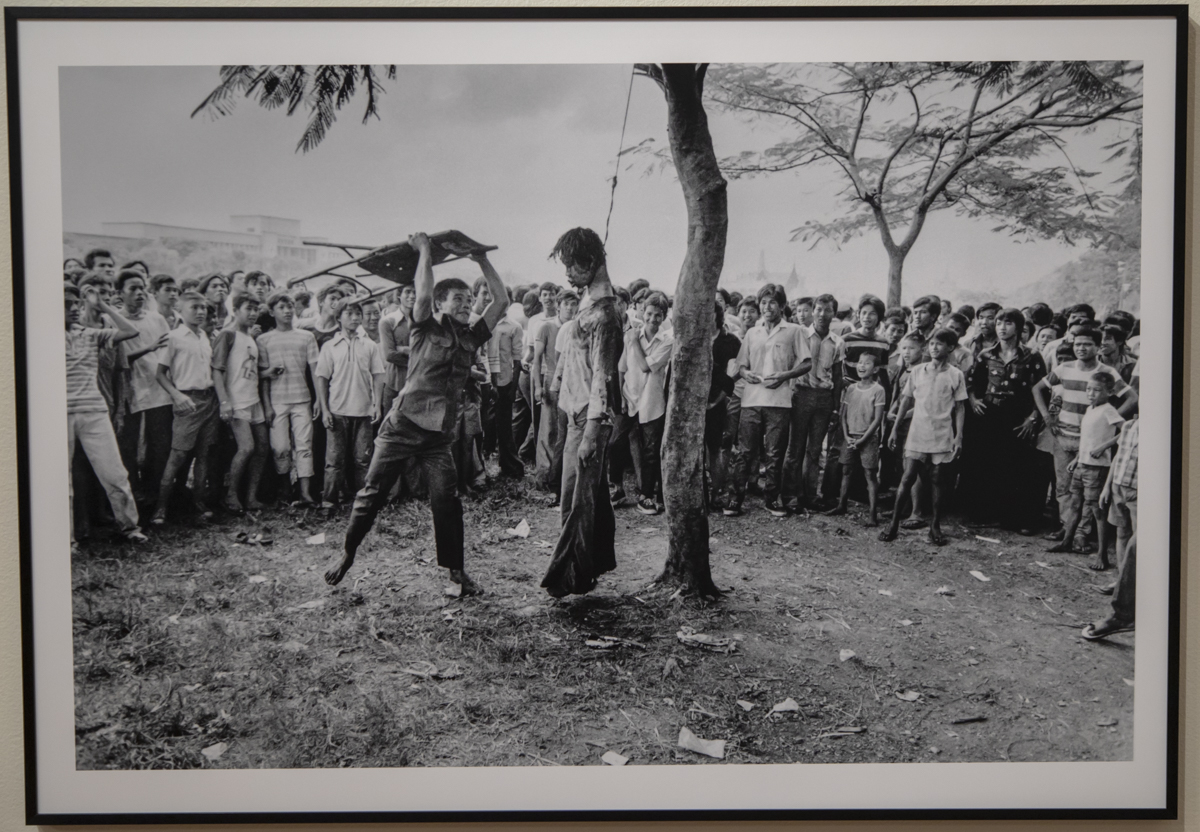 This photograph was taken by Neal Ulevich in Bangkok, Thailand, on October 6, 1976, during the Thammasat University massacre . That was an infamous day in the history of Thailand that many of the country still do not talk about or know what happened on that day.

The image is of a man beating the hanged body of a student with a chair while a mob of onlookers watches. To this day, there is no true number of casualties for that day, but it is estimated to be 46 students that were killed and hundreds wounded.

Neal Ulevich won the Pulitzer Prize for the image, but when the papers in Bangkok ran the story about Ulevich winning the Pulitzer, they did not show the image. 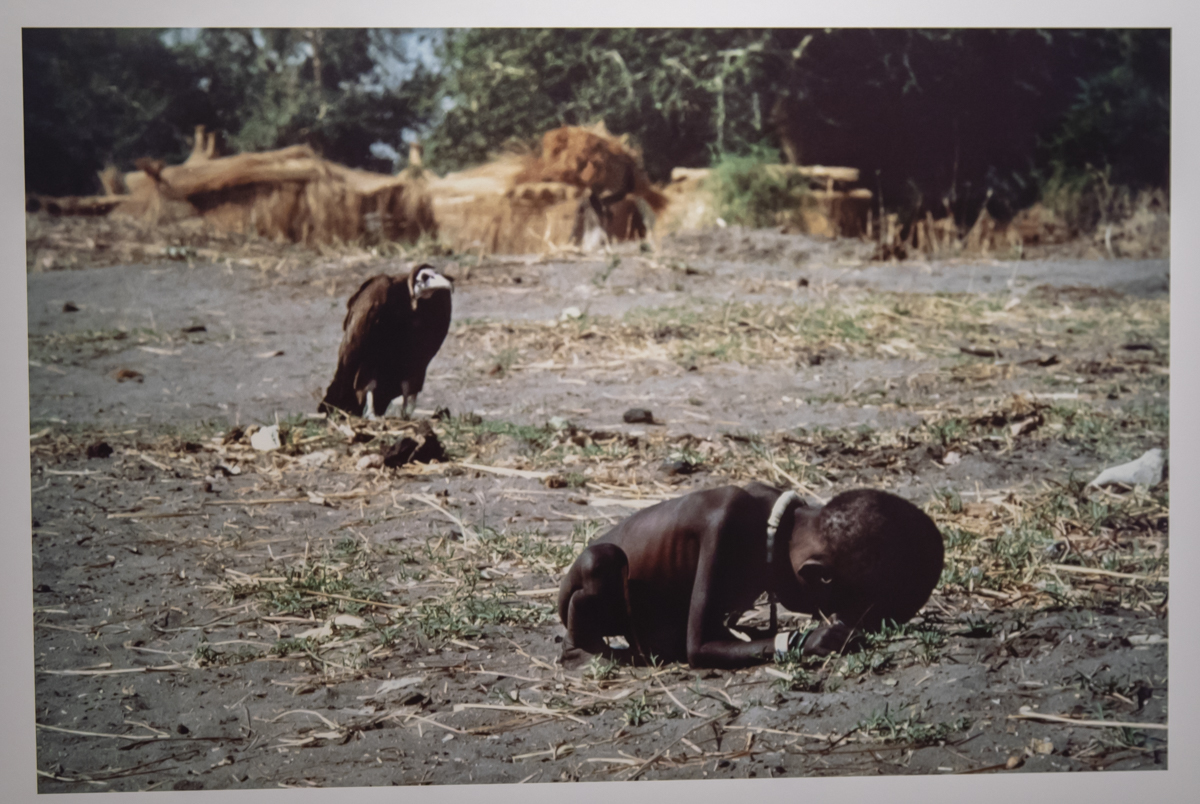 This image is the one that stuck with me the most out of all of the images there. Mostly due to the fact that I spent time in Tanzania doing some documentary photography, so I could relate to some of the feelings that Carter experienced.

Carter was a photographer in Sudan for the New York Times in March of 1993 covering the famine and the civil war. He came across this tiny girl whose body was wasting away from hunger. She was struggling to reach a nearby feeding center. In the background is the vulture that is just waiting for her to die.

After Carter took the photo here, he ran and chased the bird away and then he said he went under a tree and just cried. Many people criticized him for not doing more for the girl, but all of the journalists were warned not to touch any of the famine victims in the area because of disease. This image defined his career, but also sent him into a deep depression.

I'm really, really sorry that I didn't pick the child up.

Carter won the Pulitzer prize for this image, but three months later, he ended up taking his own life. In his suicide note, he wrote:

I am haunted by the vivid memories of killings and anger and pain ... of starving or wounded children.

Power of the Picture

As you can see, photographs can have a lasting impact and can influence change in the world. One thing that is universal is a photograph.

Thank you for taking the time to visit my post and to see the pictures I took of pictures. I am passionate about photography and I am hopeful that one day, my images will be able to stand the test of time.

photography art life history creative
15 days ago by deranged-visions (30)
4,879.29 COINS
12 votes
Reply 2
Authors get paid when people like you upvote their post.If you enjoyed what you read here, create your account today and start earning FREE BEARS!
Sort Order:
[-]
ruben-cress (28)  ·  14 days ago

Holy shit, very impressive photographs and stories behind it.