The Mysterious Case of Elisa Lam - 3

LA authorities ruled in June 2013 that Elisa Lam’s death was accidental and that she was “probably bi-polar”. That being said, some questions remain unanswered. How did Elisa, who was obviously not in her right mind, end up in the hotel’s water tank, an area that is difficult to access?

Was Elisa Lam Murdered by a Ghost?

As a final nail in the totally creepy coffin, Elisa’s phone was never recovered. But her Tumblr account mysteriously started to post images up to six months after she died. Images, like this one, which was retrieved from her Tumblr account: 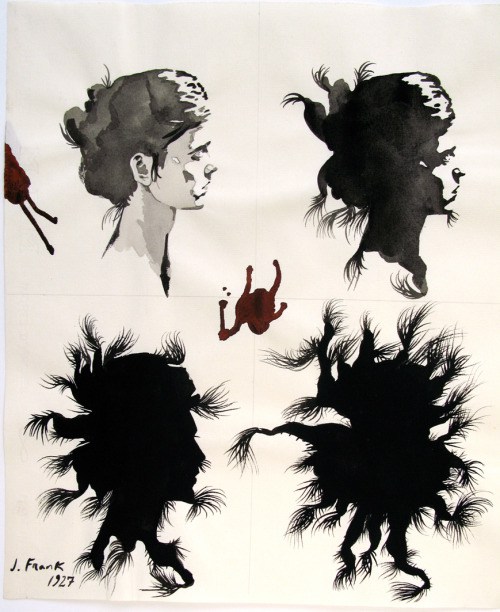 Experts believe that she had set up her Tumblr posts automatically before her death. But it’s still creepy as hell. After postponing the official cause of death several times, it was officially ruled as an accident. That’s one freaky accident. We think we’ll avoid that hotel at all costs.

Another strange death linked to the hotel

On a brisk January morning in 1947, a local resident called Betty Bersinger walked through a vacant lot in Leimert Park, Los Angeles. She spotted what at first appeared be a discarded store mannequin. As Betty got closer, it became clear that she had stumbled upon one of the most horrific murders of the 20th Century.

Actress, Elizabeth Short, had been murdered. All of the blood from her body had been drained, and she had been completely severed at the waist. The killer had carved a smile on her face, and mutilated the body. Her cadaver had been arranged in such a way that led police to speculate that it was a ritual killing of some sort.

The killer’s identity was never discovered, although he contacted police to send some of Short’s belongings such as an address book.

Police never discovered what happened to Elizabeth, or how she had spent the week before her death when she appeared to drop off the radar. But they did have a tip as to where she was seen last. It was none other than the Cecil Hotel.
Released in 2005, the horror flick, Dark Waters, tells the story of a tragic young girl who is drowned in the water tank that sat on top of the apartment building where she lived. Her body however is undiscovered for some time, and as it slowly decomposes, the residents in the apartment building begin to complain of “foul tasting” water.

Almost eight years later in February 2013, the body of Elisa Lam was discovered in the water tower of the Cecil Hotel in Los Angeles.

Interesting to read my friend.

Thank you very much