Seeing Snow for the first time 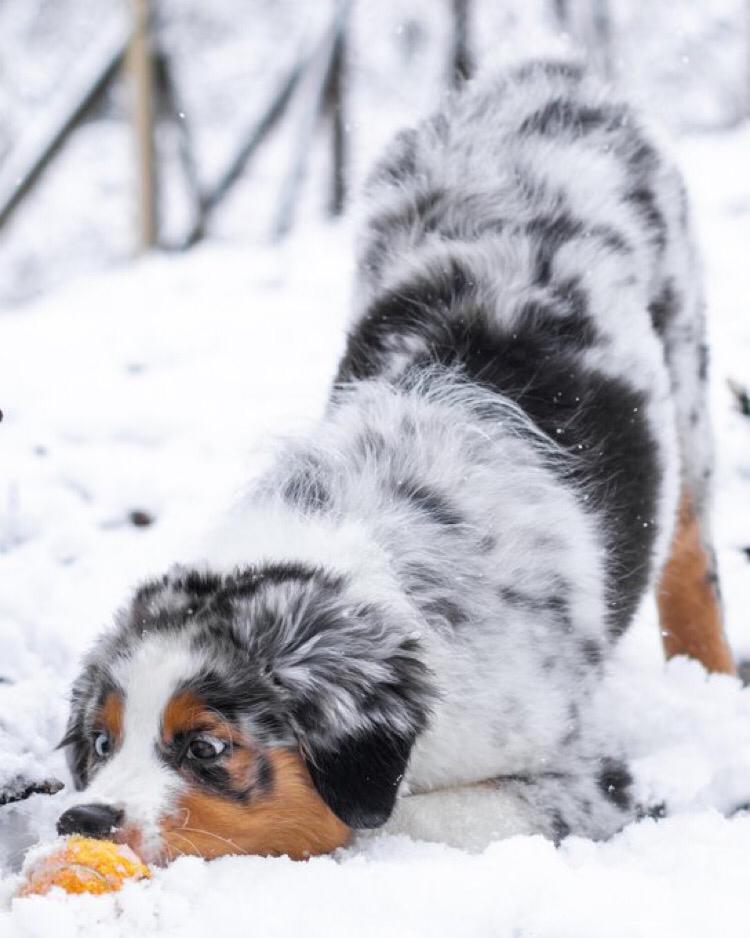 I love nature, pets, wildlife, of course its stated in my bio on my profile header. One of my passion is taking care of animals even though i'm not a vet, but i could volunteer for animal protection roles as well as Dogs and Cats handler.

Dogs are awesome, same goes for Cats and any other household pets. Not sure of the exact population, but Dogs are more populous than other pets worldwide, Cats are next in line. Although, their actual population is uncertain considering the numbers of stray percentage, dogs still remains humanity's loyal and best friend over cats. A stray dog will still try to protect an outright stranger on the street, and of course on few occasions attack, just like human.

The dog above is not a stray dog, and it is not my dog. A twitter friend posted the picture online of this nine months old puppy(almost fully grown) feeling snow and experiencing winter for the first time. Seems it was still too young to come out in the open the last winter when it was given birth to. All the same, that reaction is golden, you could tell how excited the lad is, not sure how a Cat will react to seeing snow for the first time, maybe its because they are pretty arrogant fuzzy balls and a cat won't show so much bedazzlement.

I haven't seen or experience snow and winter before, except on the Television. Not sure how i'll react, but i'm certain it will be close to the eyes wide amazement just like the pup. Of course no winter in Africa, maybe someday i'll visit a colder climate and get to roll around in snow, make a snowman and probably a flying angel pattern. I am sure the dog doesn't know about all that and its still blown away in amazement!

dogs pets funny brs-africa animals
last month by captainphilips (43)
4,652.10 COINS
Reply 0
Authors get paid when people like you upvote their post.If you enjoyed what you read here, create your account today and start earning FREE BEARS!