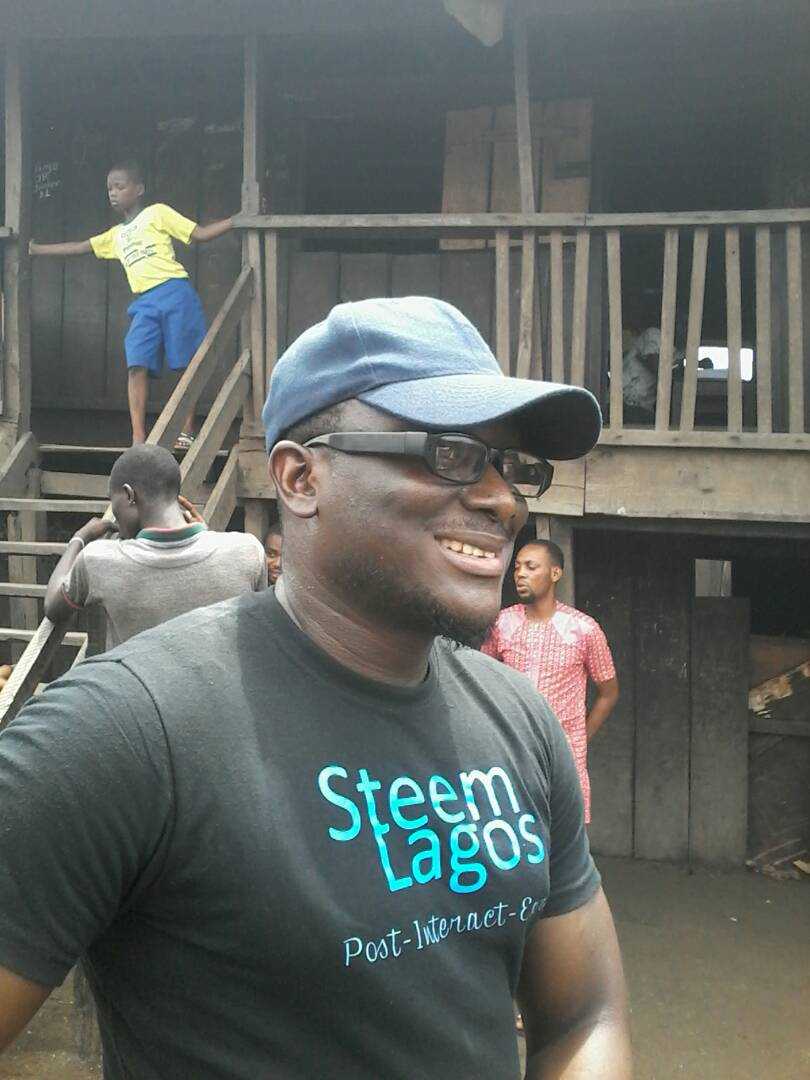 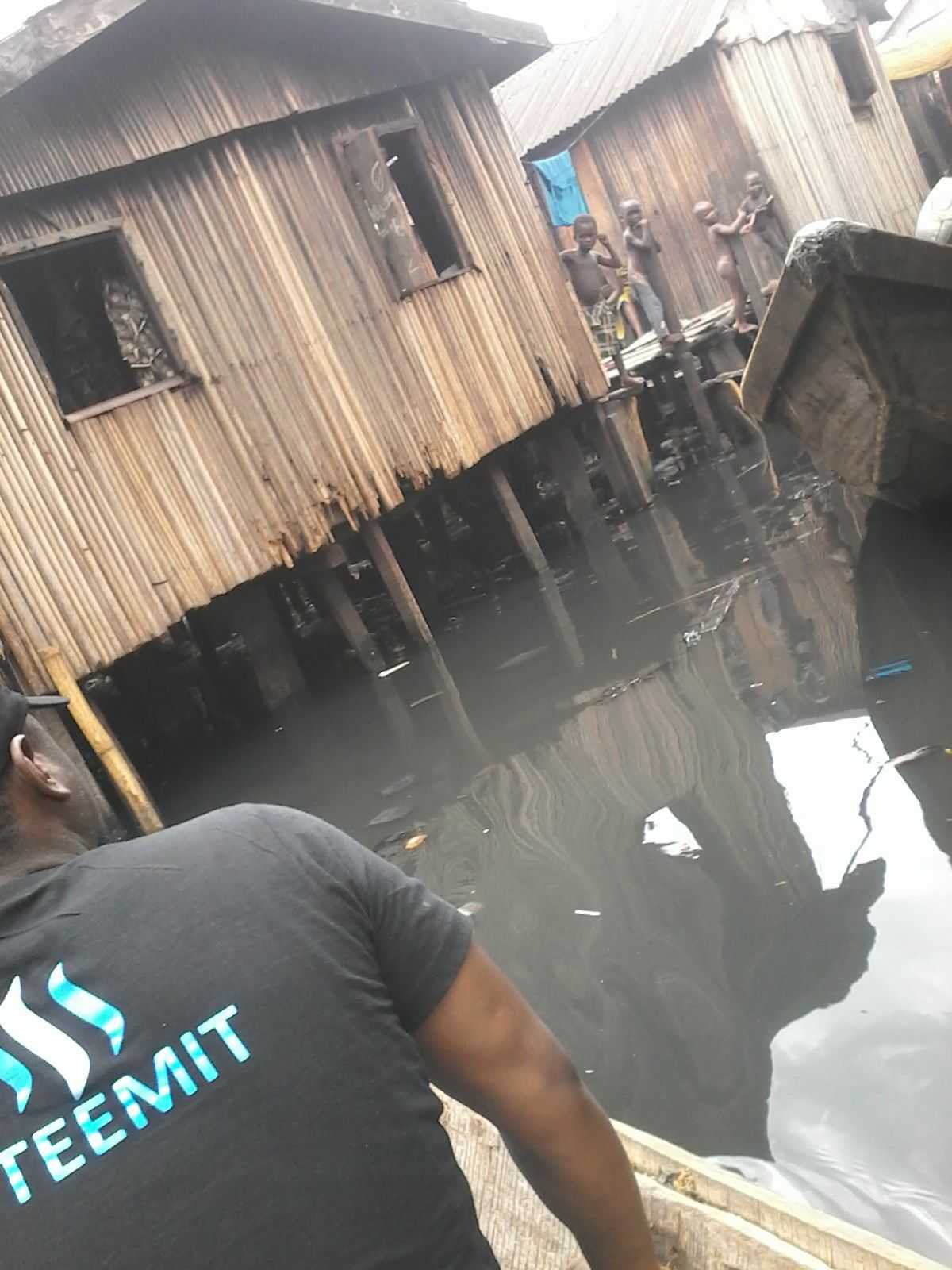 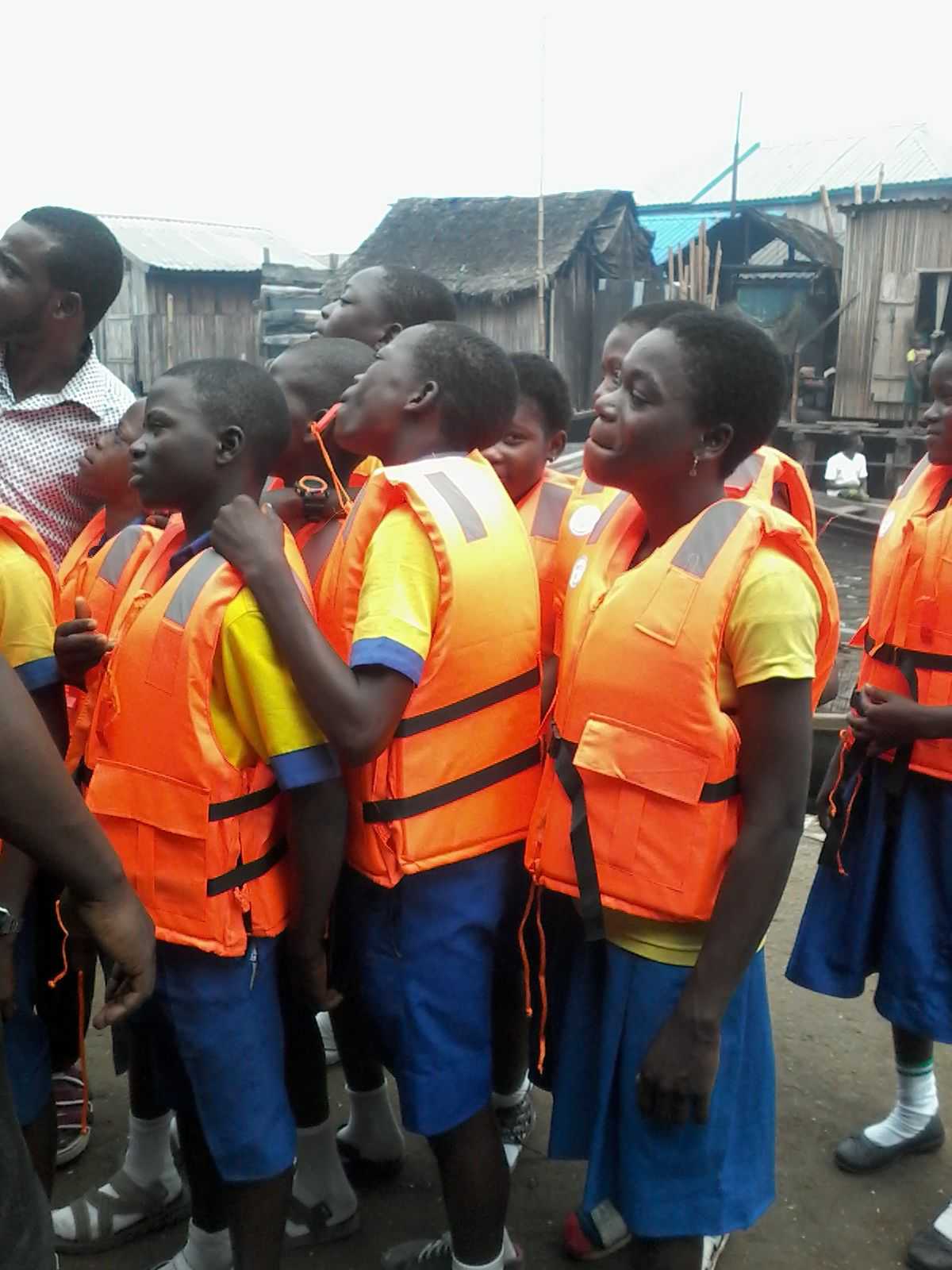 Over a year and some months ago, we embarked on a Humanitarian project funded by $Steem/$SBD (our savings and some donations) in one of the lowest class communities in the city of Lagos, Nigeria West Africa. This community happens to be the largest floating slum in the World and the third largest in the top ten slum of the world behind Rocinha Javela of Rio De Janerio, Brazil, City of The Dead, Cairo Egypt. Makoko was an unfinished project we embarked on as a team, it remains a burden remembering the state of education for those elementary school kids we donated emergency life jackets in case of a storm and rising water level in the riverine community. Click on this links to get a glimpse of the project; 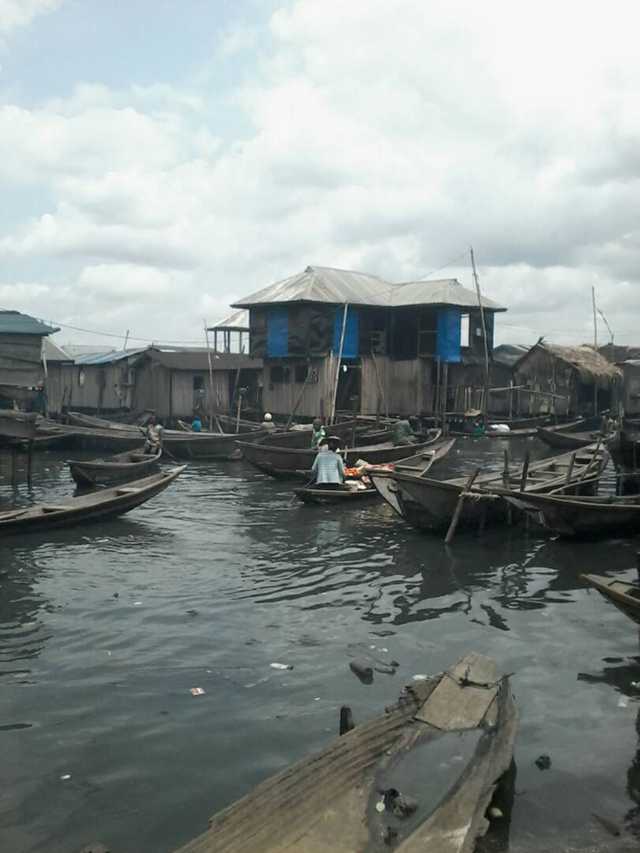 United Nations Human Settlement Programme described slums as any area of residence that lacks access to improved water, sufficient living area, good sanitation and strong and durable housing. This community matches perfectly the full description as you can see from our Canoe ride to the school, the water serves as both path ways and as refuse dumps, including human waste as we experienced back in 2018. 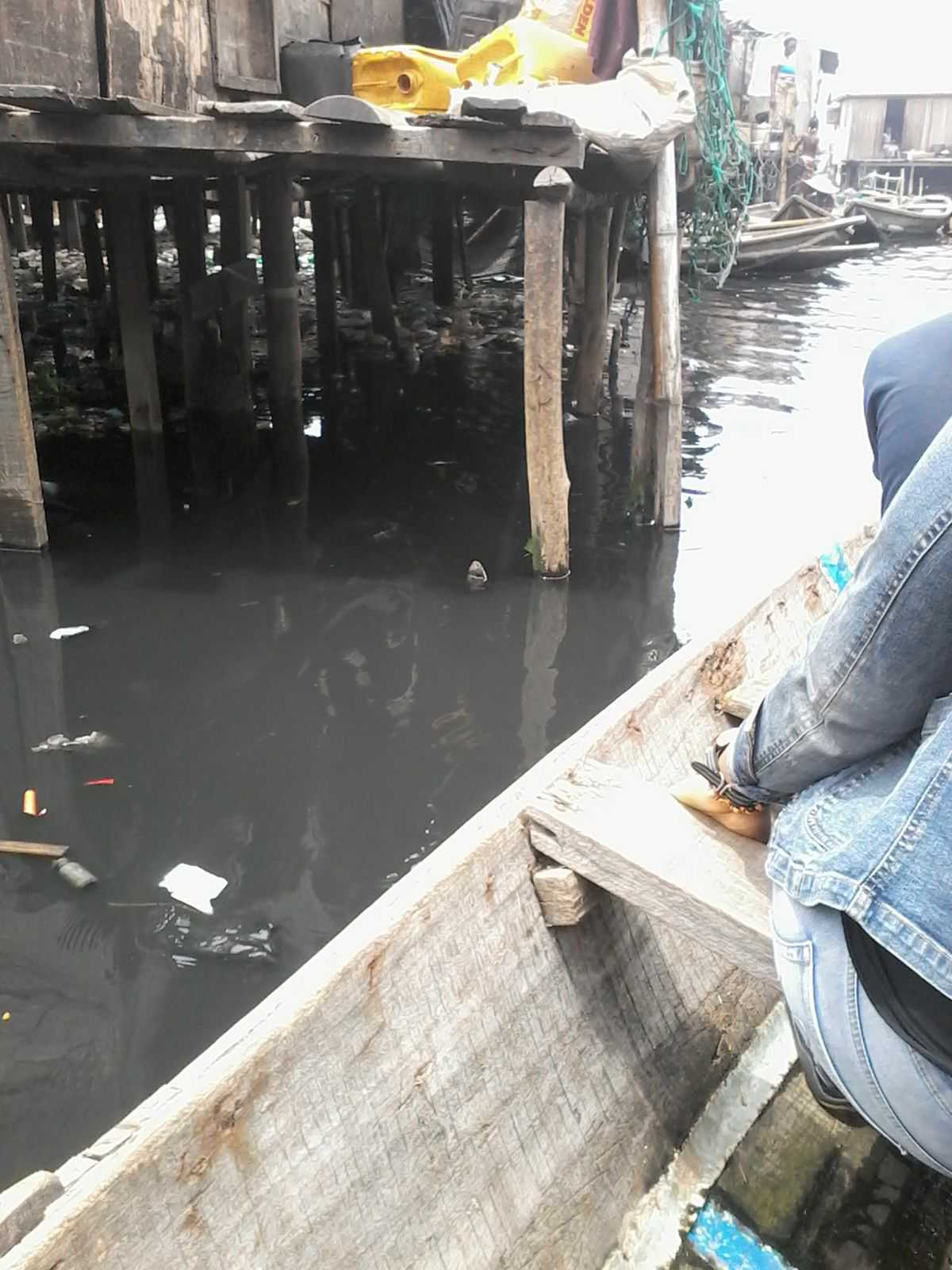 Our phones and cameras were seized on that said day, most of our belongings with cash were taking from us by the thugs (area boys) of the community, I was lucky to have a camera spy glass on to take some of these shots as you can attest by their low quality. The reason for their hostility was simple, various NGOs have come and gone into the community with photo-shoots and mini documentaries with the promise of using it to secure funds and grants to the community. These funds and grants never gets to the people of Makoko, people have been using the appalling condition of the community to secure funds which are being diverted to somewhere else. Therefore the community head and youths banned cameras and videos, irrespective of whatever donations or relief that is coming in.

HOW WE DISCOVERED MAKOKO IN 2018

A friend hinted me on the community based on my former works in the educational sector, he described the education state of the community and there was a documentary about a floating school designed by an Italian Architect. Then the news broke of the chaos faced by the largest floating Slum in the World with over 400, 000 inhabitants who is faced with the danger of drowning, poor health and eviction from their community by the State Government who had no plans for them in its Mega City Urban Development plans. 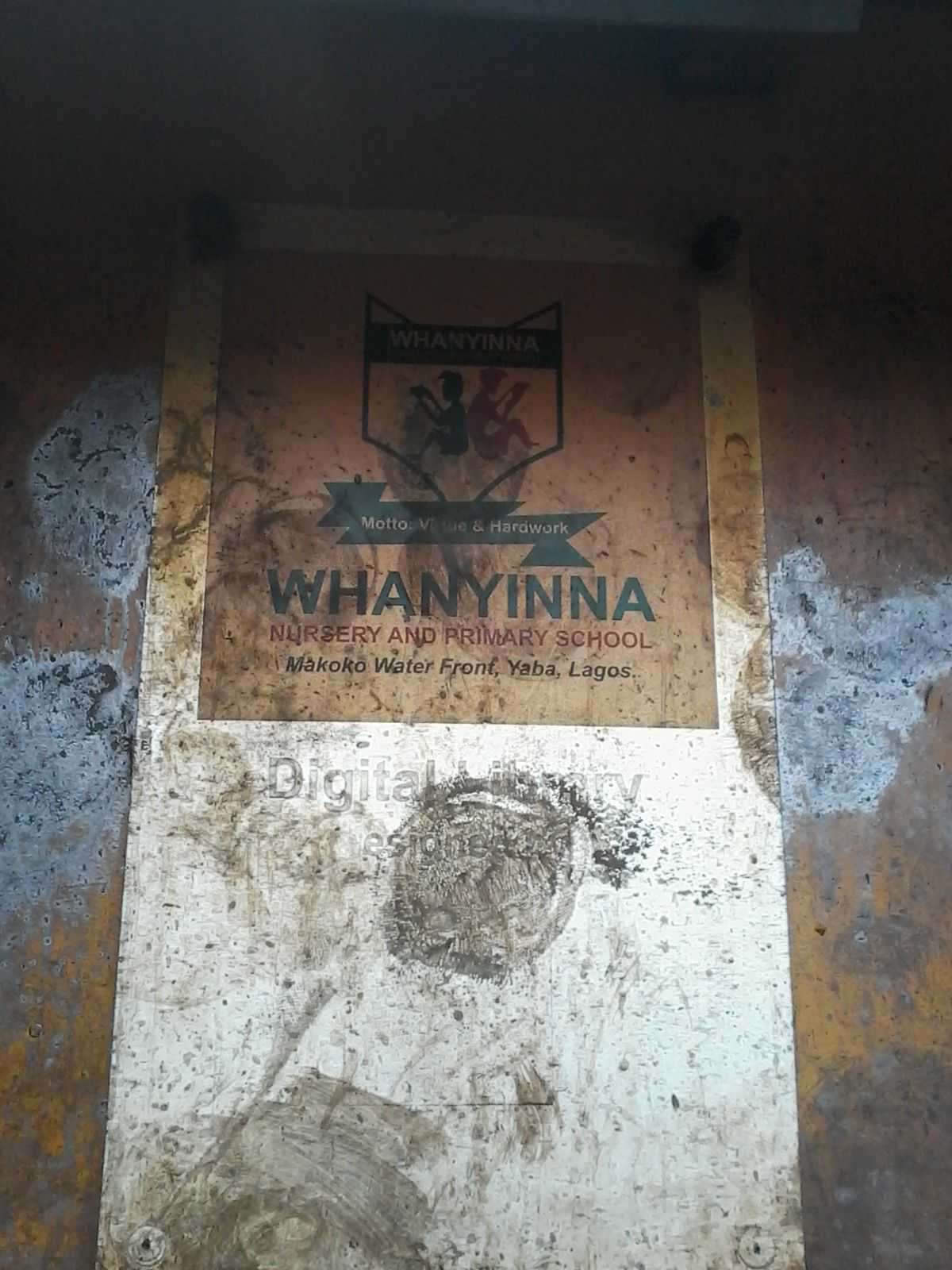 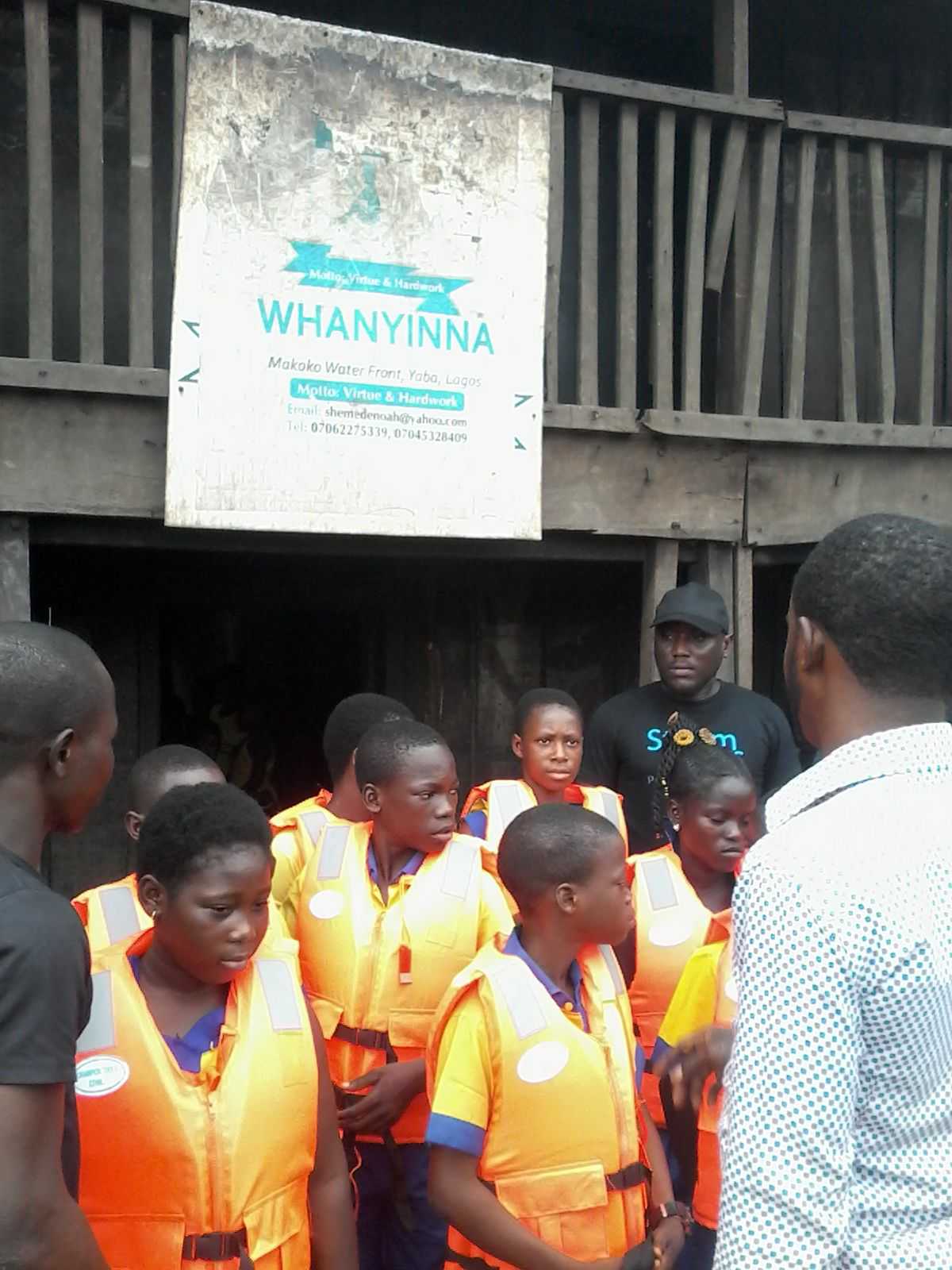 Makoko has just two schools, despite been consisting of six smaller villages. The floating school that was made into a documentary had been washed away by a heavy storm in early 2018 leaving the whole six floating villages with just one, the one we visited and donated to. We came up with the idea of lifejackets for these kids out of the fear of another storm might come and imagine an elementary school for Graders(primary) who are faced with the dangers of heavy tide and be swept away into the Lagoon and then into the sea. 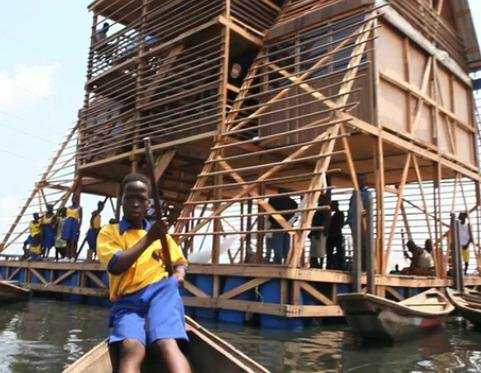 The school washed away by storm

Although, as we found out, these kids are seasoned swimmers, and they travel for hours on Row-boats with paddles like the ones we were in to get basic education. With a very slim chance of never returning home to their villages if another rain storm occurs. Another fear is that, most of the kids in the now crowded wooden school (over 400 in population) may not have the chance to further their educations beyond primary level as their chances are dented with unavailability of Secondary education in the floating Community.

The wooden school was on the verge of been submerged, we promised to help rebuild the school to a more safe and conducive one, maybe donate some textbooks and desks for the over populated school. But we failed in our promise, the long Bear run discouraged our prospective donors and benefactors on the Steem Blockchain and now we are been faced with a dilemma to fulfil this promise before the beginning of raining season when the water level in the floating community will increase. The is now the whole Blockchain project as we seek supports to raise the $9,800 needed to help rebuild the school to a safer one even if it’s the only gift we can give the community as a Nigerian Blockchain group.

To support this project, please send donations to the following address:

PS- We would accept and appreciate any other tokens not listed above.

charity humanitarian-effort help bearshares donations
2 months ago by captainphilips (43)
5,089.93 COINS
Reply 0
Authors get paid when people like you upvote their post.If you enjoyed what you read here, create your account today and start earning FREE BEARS!